Not Your Traditional Wallpaper

Wallpaper. That singular word alone causes many to cringe. Our thoughts immediately flashback to that house we couldn’t forget with that awful wallpaper that covered almost every wall. Let’s not even talk about the nightmares we’ve heard of attempting to remove it ourselves. But these horror stories we’ve heard has led us astray. Wallpaper of the 21st century is now available as a removable option and is available in a variety of colours, graphics, and patterns that suit your style.

Whether you live in a rental or in a house and you’re worried that you might tire of your wallpaper, you can now happily install wallpaper in which ever space you want to liven up without the fear of it being stuck there forever. If removing wallpaper is not a concern, pick a pattern or style that will last many years to come. There are plenty of options available to enhance any space whether through colour, texture, or graphics. Once you’ve got your wallpaper hung, sit back and enjoy!

Rob is our construction manager, in charge of our day-to-day construction operations. One of our many amazing clients gave him this thank you card.

We’re so fortunate to be able to work with such wonderful clients. A big thank you for this thank you card! It was extremely thoughtful and made Rob’s day. 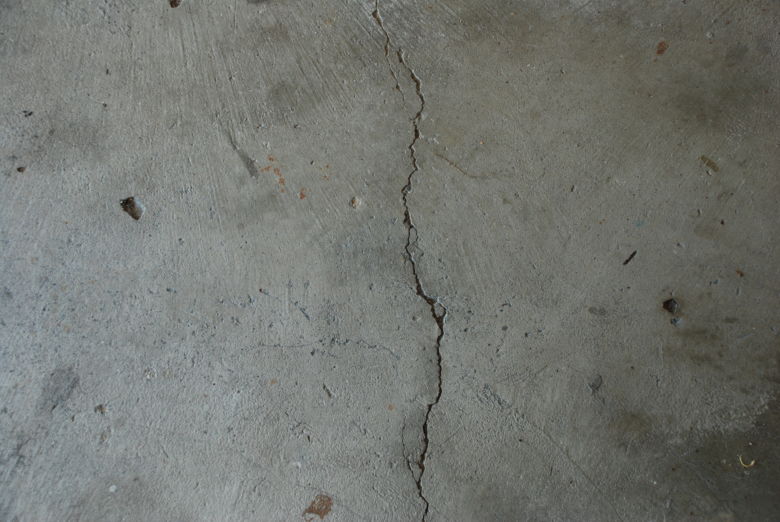 Recently, I received a call from someone my wife works with. This person had a problem on their hands. They are currently building a new, fair sized custom bungalow. The new home has a few non standard features/assemblies. The portion that was causing them concern happened to be the floor system. This floor system involved a fairly substantial concrete overlay on an engineered wood floor. This is a tricky thing to get right.

Very shortly after the builder poured the new 3″ thick overlay, cracks began to develop throughout the slab. I was asked to come have a look and offer some perspective.

Following conversations with an engineer, thoroughly reviewing the plans/specifications, and visiting the site, I was confident that the issue is non structural. Thankfully, I was able to set the persons mind at ease a little, and of course, explained to them that my perspective should be confirmed with the engineer of record.

Unfortunately, they weren’t problem free. The problem, although not structural- is still a problem. Who wants to spend tens of thousands of dollars on a specialty concrete overlay that is to be ground/polished as a finished floor only to have a sub-par cracked up surface! I sure wouldn’t be pleased. This person will now have to weigh the pros and cons of deciding to live with it the way it is, or fight for it to be replaced. The reason it may result in a fight is because the builder from what I understand is convinced that he followed the plans/specifications.

The plans they had produced, while structurally accurate were lacking in architectural details, interior details, and specifications. In a major project such as a new custom home, a home addition, or a large/major renovation the devil is in the details. In this case specifically the plans called for the foundation and floor of the house to be constructed a certain way (structural/construction details – adequate). However, they specified very little when it came to the concrete overlay. There was no specific product specified. Had there been, manufacturers guidelines could have provided further specifications. There was no preparation method specified. There was no underlay or bonding detail specified. The plans specified only what was required structurally, but not what was required to create a long lasting, aesthetically pleasing, and reliable surface.

My assumption is that the set of plans being worked off of may have only cost them a maximum of $4,000-5,000. For an extra little bit of money up front, and by engaging with someone who has experience doing custom and detailed planning, this situation could likely have been avoided.

I am 100 percent confident that by spending the additional time and money planning thoroughly up front results in many, many cost savings during construction.